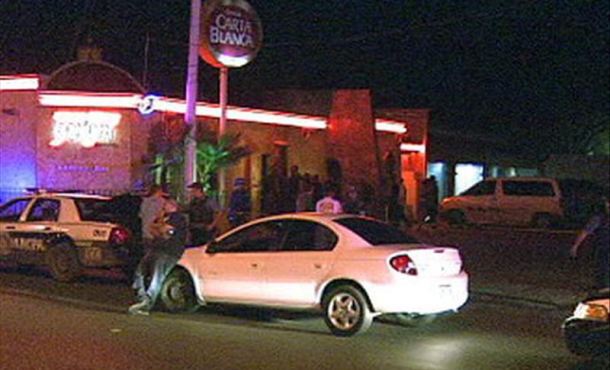 Federal Police officers cordon off a bar in Ciudad Juarez, a border city in northern Mexico, after gunmen killed several people inside the establishment. EFE/File

Mexico City, Jul 31 (EFE).- Four people were killed in a shooting Wednesday at a bar in Nezahualcoyotl, a city in central Mexico, media reports said.

Several gunmen drove up to the Mi Oficina bar in the city’s La Perla district in the early morning hours, went inside and opened fire.

Nezahualcoyotl is in Mexico state, which surrounds the Federal District and forms part of the Mexico City metropolitan area.

Investigators are still trying to determine whether the victims – two men and two women – were employees or patrons of the bar.

The motive for the attack is not known, but there is speculation that it may be linked to an extortion racket targeting the bar’s owner.

Nezahualcoyotl, located east of the Federal District, is one of the most dangerous cities in Mexico state.

An SUV pulled up in front of the bar and three gunmen got out, entered the bar and opened fire, eyewitnesses and employees told Mexican media.

The gunmen opened fire on three people who apparently worked at the establishment, media reports said.

The bar’s owners reportedly refused to pay money to a gang that targeted them in an extortion racket, Mexico state Attorney General’s Office spokesmen said.