The Observatory for the Protection of Human Rights Defenders, a joint
programme of the International Federation for Human Rights (FIDH) and
the World Organisation Against Torture (OMCT), has received new
information and requests your urgent intervention in
the following situation in Bahrain. 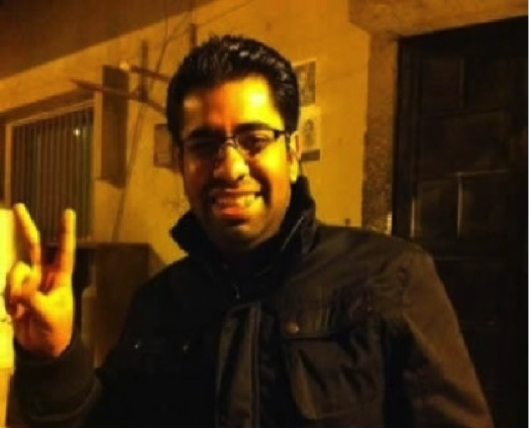 The Observatory has been informed by reliable sources about the acquittal of Mr. Mohammed Al-Maskati, former
President of the Bahrain Youth Society for Human Rights (BYSHR)
and digital security consultant at Front Line Defenders.

According to the information received, on January 31, 2016, the Court of
Appeals confirmed the acquittal of Mr. Al-Maskati as it was previously
announced on January 7, 2016.

The Observatory recalls that on 31 December 2014, the Lower Criminal
Court in Bahrain had sentenced him to six months in prison on charges of
“rioting and participating in an illegal gathering” in relation to a
protest in Manama on October 12, 2012 (see background
information).

While the Observatory welcomes the dismissal of charges against Mr.
Al-Maskati, it condemns the judicial harassment he has been subjected to
for more than three years, and calls on the Bahraini authorities to put
an end to all acts of judicial harassment against
any other human rights defender in Bahrain.

The Observatory wishes to thank all individuals and organisations
that have been taking action as a response to the urgent appeals. No
further action is currently required on your part concerning this case.

On October 17, 2012, Mr. Al-Maskati appeared before Bahrain’s public
prosecution on charges of “participation in illegal protests” in
relation to a peaceful gathering held in Manama on October 12, 2012. He
had been summoned the day before to Al Hoora police
station, where he had been kept overnight before being referred to the
prosecutor’s office. He was released on bail on the same day pending
charges. On June 19, 2013, Mr. Al-Maskati appeared before the Lower
Criminal Court under these same charges Mr. Al-Maskati’s
lawyers asked for the case file, and the judge decided to adjourn the
case to July 9, 2013 and then to December 9, 2013.

Previously, on September 23, 2012, Mr. Al-Maskati and other Bahraini
human rights defenders who had cooperated with the United Nations (UN)
had received threats of reprisals while they were in Geneva to
participate in the 21st session of the UN Human Rights
Council. Mr. Al-Maskati was notably threatened with death through more
than a dozen anonymous phone calls.

In another case, on October 22, 2013, Mr. Al-Maskati was summoned to
Al-Khamis Police Station where he was interrogated on charges of
“inciting hatred against the regime”, based on a speech he made on
September 8, 2013 in Jidhafs Town, where he spoke on the
concept of non-violence and the importance of peacefully demanding the
respect of rights as well as on the rights enshrined in the Universal
Declaration of Human Rights (UDHR). He was released only after signing a
pledge to appear before the Public Prosecution
upon request.

On December 31, 2014, the Lower Criminal Court sentenced Mr. Al-Maskati
to six months imprisonment on charges of “rioting and participating in
an illegal gathering”. Mr. Al-Maskati was released on bail of BHD 100
(approximately EUR 222). An appeal hearing was
scheduled on September 7, 2015 which was postponed to December 22 then
January 7, 2016.

The Observatory urges the authorities of Bahrain to:

ii. Guarantee the physical and psychological integrity of Mr. Mohamed Al-Maskati and all human rights defenders in Bahrain;

– its Article 1, which states that “everyone has the right, individually
or in association with others, to promote the protection and
realization of human rights and fundamental freedoms at the national and
international levels” ;
–  and its Article 12.2 which states that “the State shall take all
necessary measures to ensure the protection by the competent authorities
of everyone, individually and in association with others, against any
violence, threats, retaliation, de facto or de
jure adverse discrimination, pressure or any other arbitrary action as
a consequence of his or her legitimate exercise of the rights referred
to in the present Declaration”.

Please also write to diplomatic representations of Bahrain in your respective countries.​