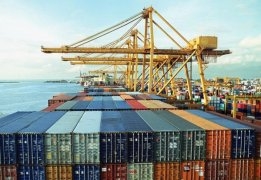 GAC says that Bahrain and Saudi Arabia have issued notice that “no dealings are to be undertaken with Iranian flagged vessels until further notice.”

Gard has issued an alert that both Bahrain and Saudi Arabia have placed a ban on all Iranian flagged vessels.

In addition, Bahrain is said to have placed a ban on any vessel, regardless of flag, that has called an Iranian port within its last three port calls.

Gard says that it was informed of the ban by the Gulf Agency Company Ltd. (GAC), which is said to have been notified by security authorities in Bahrain and Saudi Arabia that, in addition to the specific port bans, “no dealings are to be undertaken with Iranian flagged vessels until further notice.”

Gard advises its members and clients with vessels operating within the Middle East region to keep Bahrain and Saudi Arabia’s new bans in mind, as well as to clarify port requirements before arrival with local agents and/or port authorities.

On Monday, Ship Bunker reported that the Monetary Authority of Singapore has lifted the ban on financial transactions with Iran.