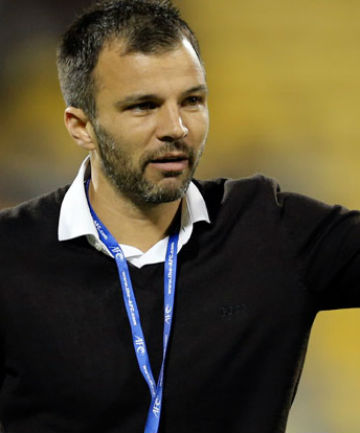 The Bahrain Football Association has signalled that it won’t let its national coach, Anthony Hudson, switch allegiances to New Zealand without a fight.

The BFA last night released a statement saying that an urgent meeting of its governing council had been called in the next two days following Hudson’s request to ”break ties” with Bahrain and coach the All Whites.

Having a received a formal offer from New Zealand Football to take the coaching reins, the BFA said Hudson, a 33-year-old Englishman, had submitted a letter signalling his intention to resign.

Bahrain had expected Hudson to coach the national team at November’s Gulf Cup and January’s Asian Cup, while NZF had hoped to unveil him as their new coach at a press conference in Auckland yesterday.

NZF now expect to make an announcement next week.

The All Whites have been without a permanent coach since Ricki Herbert fell on his sword in November.

Hudson – likened by Harry Redknapp to a ”young Jose Mourinho” – has emerged as NZF’s preferred candidate ahead of Australian options Frank Farina and Gary van Egmond.

Meanwhile, another messy football saga is also set to rumble into next week, as arbitration continues regarding the contractual status of All Whites midfielder Michael McGlinchey.

Both the Wellington Phoenix and Central Coast Mariners claim to hold valid contracts for the 27-year-old, who wants to play for his hometown Phoenix.

A spokesman for Professional Footballers Australia, who are backing McGlinchey’s right to play for the Phoenix, yesterday said no decision was likely today and further arbitration was scheduled for next week.

The Phoenix are preparing to make their FFA Cup debut away to Adelaide United on Tuesday.

Adelaide will be without their coach, Josep Gombau, and key players Eugene Galekovic and Marcelo Carrusca, who are all in camp with the A-League All-Stars preparing to play Juventus in Sydney on August 10.

The Phoenix will be missing midfielder Albert Riera and fullback Manny Muscat.

”It will be difficult,” Gombau said.

”With injuries and the players who are coming with me to the All-Stars we’ll be missing seven or eight players … but we are working with the players we have and I think we can still do well. This is a game we need to win.”