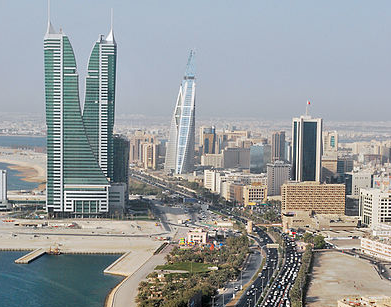 Bahrain’s rulers have made no progress on key reform promises, failing to release unjustly imprisoned activists or to hold accountable high-level officials responsible for torture, Human Rights Watch said today at a news conference in Manama.

In addition, a draft association law adopted by the government significantly undermines what few rights independent nongovernmental associations have under the country’s current law, Human Rights Watch said. Human Rights Watch made the assessments after meeting with high-ranking officials and with political prisoners.

“All the talk of national dialogue and reform mean nothing so long as the country’s most prominent human rights and political activists remain unjustly imprisoned while officials responsible for torture and murder remain in their positions,” said Sarah Leah Whitson, Middle East director at Human Rights Watch. “The minimum one should expect after the gross abuses by security forces during the 2011 uprising is recognition at the highest level of the security and defense forces, including the Interior and Defense Ministers, that they bear the responsibility for the failures of their forces – failures they have acknowledged – and will account for them.”

Human Rights Watch said that Bahraini authorities had facilitated frank and candid meetings with government officials but that the government has unreasonably restricted its access to Bahrain, denying and ignoring numerous requests for visas over the past two years and refusing entry altogether for one representative.

In November 2011, the Bahrain Independent Commission of Inquiry (BICI), international experts appointed by King Hamad bin Isa Al Khalifa, concluded that Bahrain’s security forces operated within a “culture of impunity” and that the abuses “could not have happened without the knowledge of higher echelons of the command structure” of the security forces.

Human Rights Watch concluded, based on the discussions with officials, that authorities have made no progress in investigating and prosecuting higher-level officials responsible for the worst abuses during the 2011 protests. The abuses resulted in the death of scores of protesters and bystanders, serious injuries to hundreds of people, arrests of thousands more, and more than 300 formal allegations of torture and ill-treatment.

The attorney general and head of the Special Investigations Unit told Human Rights Watch that their investigations into those responsible for the failures of the security forces would conclude by the summer of 2013, but they would not provide information about any progress made in their investigations or about any officials whose roles were being investigated, or their ranks. Only four low-ranking officers and one first lieutenant have been convicted in the deaths of two protesters and serious injury to a third.

Hassan told Human Rights Watch that Interior Ministry officials recognized that they had made “serious mistakes” in their handling of the mass demonstrations that rocked the country in 2011. However, Shaikh Rashid, the interior minister, said that internal investigations had found wrongdoing or misconduct only by police officials up to the rank of battalion commander.

Beyond that rank, he said, internal investigations had assigned no blame for wrongdoing, and no commanders or other ranking officials had been reprimanded, reassigned, demoted, suspended, or terminated. He confirmed that the ministry had no policy of suspending from duty or reassigning police officers facing criminal charges, including excessive use of force, torture, or suspicious killing, although Human Rights Watch noted that authorities had reportedly taken into custody two policemen in connection with a shooting death on February 14, 2013.

“It is mind-boggling that the same officials who were in charge during the unprecedented shootings, beatings, killings, and torture of hundreds of Bahraini citizens have identified no wrongdoing by high-ranking officials,” Whitson said. “How can any Bahraini citizen believe promises of police overhaul when those responsible for grievous policing failures are still setting policies and able to undermine possible investigations into their roles?”

On February 26, Human Rights Watch visited several of the political and human rights activists, medics, and teachers serving sentences ranging from two years to life in Jaw Prison and met with them privately. The Interior Ministry and prison officials facilitated the meetings. Human Rights Watch was able to photograph and videotape their meetings with the detainees.

On January 7, the Court of Cassation upheld the convictions and lengthy prison terms of 13 prominent dissidents, including sentences of life in prison for seven defendants, solely for exercising their rights to free expression and peaceful assembly in the 2011 protests. Bahrain authorities should amend the laws that gave rise to the unjust sentences against these men, Human Rights Watch said. King Hamad should pardon and expunge the criminal convictions of all those whose sentences the Court of Cassation has upheld.

“There can be no real claim that justice is being done in Bahrain so long as these men remain unjustly imprisoned,” Whitson said. “King Hamad should act urgently to release these men if authorities want to restore any sense of justice among the vast majority of the population.”

Human Rights Watch also expressed grave concern about a draft law to regulate nongovernmental organizations that the Social Development Ministry submitted to the government and that is now under consideration by the Parliament. The draft law would effectively convert every association registered or seeking to register – as required – into a government-controlled entity with no capacity to operate as an independent body.

The law would forbid citizens from being members of more than one group doing similar work, unless the ministry approves, and would prohibit union members from joining a group that works on activities “related to” their union. Al-Koheji also said it would allow the minister to reject a group if its work is “similar” to that of another group.

“While Bahrain’s hired PR firms run around London and Washington presenting slick ‘reform agenda’ power-points, Fatima al-Balooshi is pushing a new law designed to cripple anything resembling independent civil society,” Whitson said. “As if her authoritarian powers under the current NGO law are not bad enough, she’s now put forward a law that will give her unmitigated and arbitrary control over whether a group can even register as a legal organization.”