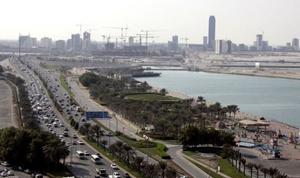 Bahrain has signed six financing agreements totalling $448 million with the Saudi Development Fund to support a number of infrastructure projects as part of the GCC Development Programme.

These include the construction of 1,560 housing units at Al Dur, six new schools and a number of infrastructure projects, said a report in our sister publication, the Gulf Daily News.

The grant will be used for the Shaikh Khalifa bin Salman Interchange between roundabouts 13 and 18, the Muharraq Ring Road Phase I, and the partial funding of the Tubli Sewage Treatment Plant Expansion Phase 4 and the Water Transmission Network.

This agreement is part of phase I of the financing grant of $500 million for two years.

The session commended the GCC’s financial support for Bahrain, which reflects strong ties and solid co-operation between member states.