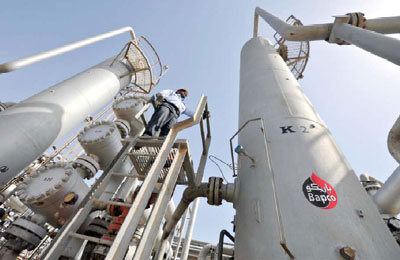 Bapco hydrocracker back on after brief outage

Bahrain Petroleum (Bapco) has restarted a 50,000 barrel per day hydrocracker at its Sitra refinery after a maintenance outage, the company said on Wednesday.

The unit had been shut down to work on a gas compressor. The company did not say exactly when the outage started, but revealed it on July 17.

A hydrocracker converts heavy gasoil into cleaner fuels such as jet fuel, gasoline and diesel.

Bapco has offered a diesel cargo for loading in late August.

The refinery has the capacity to process 267,000 bpd of crude oil. – Reuters