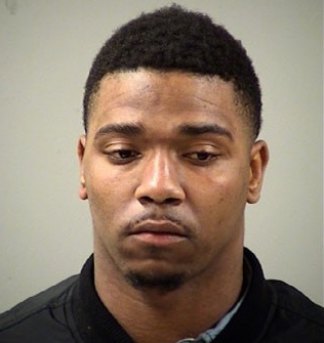 Early Thursday morning Trevone Boykin was involved in altercation with alleged hecklers at Pat O’ Breins bar in San Antonio and was charged with a felony assault of a San Antonio Police officer.

The heisman finalist was immediately suspended from Saturday’s Alamobowl game.

“It’s unfortunate for him because Trevone has meant so much to TCU. We love him,” Patterson said “But he understands. It wasn’t even a conversation between him and I. It was one of those situations where he was there at curfew, and then I get a call early in the morning that he wasn’t at curfew. Everybody makes decisions.”

Early this morning Boykin’s shared an apologetic message via Twitter.

“I truly let down my family, teammates and the TCU and Fort Worth communities who have supported me so much,” he wrote in the post. “I have no excuses for my very poor decision, and I’m embarrassed about it. My teammates are my brothers. There’s nothing I wanted to do more than play one last game with my fellow seniors.”

The game went from a potential bowl game classic to what could be a dominant Oregon victory.

Nevertheless, Oregon’s defensive coordinator Don Pellum will have the same approach this Saturday against TCU because he understands the Horned Frogs possess several lethal weapons on offense.

“One of the players mentioned it. At first I thought it was a joke and then later we practiced after the meeting it was kind of a buzz,” Pellum  said. “My reaction is the same we have to beat TCU and one of the things that everyone has to understand. They have a ton of really good players.”

“I don’t think it changes our preparation at all,” Nelson said. “Unfortunately for him (Boykin) the show must go on.”

Boykin’s absence was felt in TCU’s 23-17 victory against the Kansas Jayhawks who ended the season 0-12.

The numbers says that TCU’s offense can’t score without their heisman quarterback but Oregon’s no.116 ranked defense in the country gives them hope.

The Ducks and Horned Frogs will square off at 5:45 p.m. this Saturday at the Alamodome.